Inspiration About Jesus Christ And The Holy Bible For January 30, 2019

Inspiration: In Acts Chapters 27 and 28, the Apostle Paul went through a major test even though he tried to warn the leaders of the danger that lay ahead.  Paul and the rest of the 275 people on the ship had to endure a terrible storm which in those days often meant death.   The ship ended up being wrecked on an island where Paul, while helping to build a fire, was bitten by a poisonous snake.  The islanders were amazed that the snake’s bite did not harm him.  Later Paul prayed for one of the island leaders who was sick and Jesus healed that man. Through these trials the island of Malta saw the power of Christ.  Think also of how these 275 people on the ship could be converted and become on-fire Christians to change their world for Christ since God had saved their lives from ship wreck! 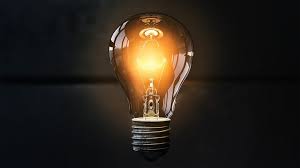 Categories: Grow In Faith, Inspiration For All